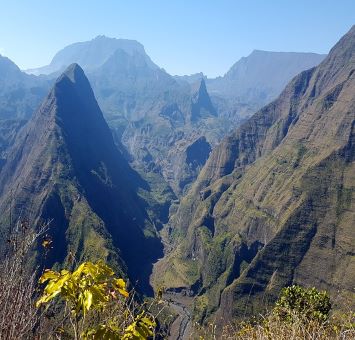 What is the Creole language? Bonzour zot tout!

When the Europeans started to colonize the rest of the world, they imported various languages. Those languages got rapidly mixed with the languages of their slaves and the indigenous population. That is when Creole was born! In the Indian Ocean, people speak Creole that is very focused on French. There are still differences between Mauritius Creole, Chagos Creole, Rodrigues Creole, Seychelles Creole, and Reunion island Creole. It is, first of all, a spoken language, with different cultural revolutions and the independent initiatives of these different places. The script that local people invented was based on the Latin alphabet. «Kréol Rényoné» which is spoken on the Reunion island, is based on old French — many words originally came from the vocabulary of the ships and the sea — and is very colorful.
Where do we find the Creole language? Well, in every place where different cultures were mixed: all Indian Ocean, Caraïbes, Louisiana (yes, they also speak French Creole), Cabo Verde, some regions of Malaysia, Océania…  Even English can be classified as the Creole language (or at least semi-Creole) as it is a mixture of Roman and German languages.

LinguaFAST has a professional tutor of the Creole Language of Reunion island, so please contact us if you would like to emerge yourself into one of the most melodic languages in the world!

In a post-Brexit world, British business will need to look for new trading opportunities, and…

Those who learn the Chinese language always ask one question: why do Chinese people still…

Any cookies that may not be particularly necessary for the website to function and is used specifically to collect user personal data via analytics, ads, other embedded contents are termed as non-necessary cookies. It is mandatory to procure user consent prior to running these cookies on your website.